How Much Does the Metro Cost?

And if that’s not cheap enough, you can save even more money by buying 50 passes at once as the price will drop to just 3.5 UAH per ride! They’ll even give you a metro card to make riding quicker.

Now some of you reading this are undoubtedly asking how these prices are even possible.

The local currency – the grivna – collapsed after the 2014 revolution. At the time one U.S. dollar was equivalent to eight grivnas whereas today one U.S. dollar buys ~ 26 grivnas. Imagine losing 3/4 of your savings overnight!

But let’s not digress into history too much. You’re after all only interested in the metro system, right?

So let’s look at two (2) maps of the metro system in Kyiv.

The first map lists each metro stop by the three lines (M1-M3) and is color-coded.

The second map is an overlay of the metro and the city’s streets. It’s helpful to see where each metro stop physically resides to grasp where you are and how to get there.

The trickiest part about the metro system in Kyiv are the double stops that appear below. Notice how Maidan Nezalezhnosti / 217 (blue line) and Khreshchatyk / 120 (red line) appear connected. This means you can stay underground and get from one to the other. There are three like this, for changing metro lines.

The remainder of the article provides a brief history of each metro stop.

Initially, the station was called “Pioneer” in honor of the international year of the child. Later on, in 1993, it was renamed “Lisova” (Forest), ostensibly because the station is located near a forest.

The “Chernihivska” station was initially named “Komsomolska” after the political youth organization of the USSR. It was renamed “Chernihivska” in 1993 because two of its exits are to streets that merge onto highway E-95 (M01), which lead to Chernihiv.

“Darnytsia” was never renamed. It’s named after a nearby historical area, which is located a few kilometers away. The origin of the name comes from the old Slavic language [darnytsia] (from the word “dar” meaning “gift”).

In the middle ages, there was a “sloboda” (settlement) with a local inn with bed and breakfast for the guests of the Duke of Kyiv.

Named after the Livoberezhny neighborhood meaning “left bank” as it’s located on the left bank of the Dnipro river.

“Hidropark” opened with an accompanying recreational area. The station is located on the Venetian island in the northern part of “Hidropark,” a park for culture and recreation.

“Dnipro” station got its name because it’s located at the foot of the Dnipro river.

Named after the nearby factory “Arsenal.”

One of the station’s exits leads to the main street of Kyiv — Khreschatyk Street.

Khreschatyk comes from the Khreschaty Yar (“Cross Gully,” as it was crossed with beams). In the 17th century, the whole area was called the Kreschata Valley.

Originally named “Lenin,” in 1993, it was renamed into “Teatralna” (Theatrical) due to the nearby Lesya Ukrainka Russian Drama Theatre and National Opera of Ukraine.

The station is named after the National Taras Shevchenko University located nearby.

“Vokzalna” is named according to its location near the Central and Suburban railway stations (Vokzal).

The station was named after the KPI (Kyiv’s Polytechnic Institute), which is nearby.

In 1993, it was renamed after the nearby historic area. The original name comes from the Old Slavic name “Shelvovi Borki.”

Named in honor of the Brest-Litovsky avenue (now known as Peremohy avenue).

The station’s name means “field” in English and appears to be named after one that’s nearby.

“Svyatoshyn” was named in honor of the Duke of Chernihiv.

Named after the nearby highway that leads to Zhytomyr city.

Akademmistechko (scientific city) got its name from the surrounding area as there are several nearby scientific research institutes.

Named after Kyiv’s Horse Racetrack located near the station.

Named after the nearby street — Vasylkivska Street.

The station is located in the Holosiiv area and so it bears its name.

The station was opened in 2010 and named after the Demiivskyi Market located nearby.

“Lybidska” is named after the nearby Lybid river. And this river, in turn, is named in honor of the mythical girl Lybid, the sister of the legendary founders of Kyiv.

Upon arrival, you’ll see the star of the Soviet Army. The station was initially named “Chervonoarmiyska” (for Red Army), but after nine years, it’s been renamed to Palats Ukrayina in honor of the National Palace of Arts of Ukraine.

This station was renamed 3 times — Republican Stadium, then Central Stadium, and today Olimpiiska (Olympic), which bears the name of the nearby Olimpiyskiy National Sports Complex.

Initially, when Ukraine was a part of the USSR, the station was named Kalinin Square, after the famous Soviet politician. It was renamed for the 6th anniversary of the October revolution to “October Revolution Square,” and then finally on August 26, 1991 (the year of Ukraine’s independence), it became “Maidan Nezalezhnosti,” or Independence Square.

During its construction, it was named “Rechnoy Vokzal” (for River Port) as the port is located in front of the station’s entrance. But eventually, it was named Poshtova Ploshcha (Postal Square) because the station itself is located right on the square with the same name.

Initially named the “Red Square” and later renamed after the nearby neighborhood, Contract Square, where all the city’s contracts were signed since Kievan Rus’.

The station was named after the famous Ukrainian poet Taras Shevchenko.

“Petrivka” got its name from the nearby railway station. According to historical facts, this railway station and the entire nearby historical area known as Podil was called Petrivka (for the Petrovsky district) since the 1920-30s. The area was named after the famous revolutionary activist and Soviet party figure, Grigory Petrovsky.

It’s named after Obolon, which is a district nearby. The word “Obolon” itself comes from the Old Slavic word “bolonnja”, which means water meadow.

The station got its name from the nearby Minsk district, in Minsk square.

The station is named after the nearby Heroes of Dnipro street.

“Syrets” is the name of a nearby area.

Named after a nearby area called Dorohozhychi. The two words “doroho” and “zhyty” literally mean “expensive to live.”

It’s named after a nearby location. According to research, this area was named after either a famous tailor, Lukian, who lived nearby, or a local farmer named Ihor Lukianenko.

This station is named after nearby Kyiv’s central Palace of Sports.

At first the station was named “Mechnikova” in honor of Ilya Mechnikov, the Nobel Prize winner in Physiology and Medicine. In 1993, its name was changed to “Klovska” since the platform is located in “Klov.”

The word is derived from the Indo-European “klov,” which means “moisture or water.”

The station is named after the locality of Pechersk. The origin of the name is pretty obvious — nearby are the caves (“pechery” in Ukrainian) and the Kyiv-Pechersk Lavra.

Literally: Friendship of Peoples. The platform is located directly under the Druzhby Narodiv Boulevard, so the name of this station is fairly obvious. With the name of the boulevard, locals immortalized Soviet help who reconstructed Kyiv after World War II.

The station was named according to its location as it sits near the Vydubychi area.

According to a Slavic legend, the wooden figure of Perun went ashore (vydybala) at this place.

The “Slavutych” station is considered one of the most beautiful stations on the green line. “Slavutych” is a historical and folkloric name of the Dnipro river.

This metro stop was named for the nearby town, Osokorky (black poplar trees).

“Pozniaky” was named after the nearby neighborhood, the land of which was originally purchased in 1631 by Leon Pozniak and Moses Pozniak.

The station was named after nearby Kharkiv Highway, which is a route leading towards the city of Kharkiv.

“Vyrlytsia” is one of the youngest stations in Kyiv. There’s a lake named Vyrlytsia right outside the station.

The “Boryspilska” station is named after a road that leads to the city of Boryspil and the international airport.

Literally: red farm. The station is located in the Chervony Khutir suburb. 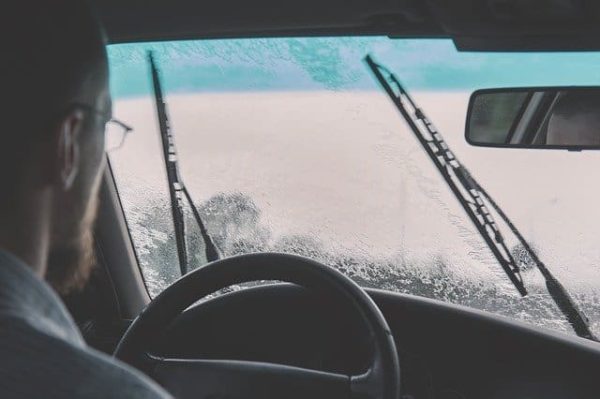 1 thought on “History of the 51 Kyiv Metro Stations”