Khreshchatyk Street is one of the most iconic streets in Kyiv, Ukraine. It’s a unique piece of history and architecture that has been standing strong since its construction over 200 years ago. The street runs through the center of Kyiv, ending at Bessarabska Square on one end and Maidan Nezalezhnosti (Independence Square) on the other.

Over time, it has evolved from being a small street with mostly residential buildings to becoming an acknowledged heart of activity within the city – attracting locals, tourists and travelers alike.

One of Khreshchatyk’s most remarkable features is its incredible architecture; many buildings were designed after European-style facades during Czarist times in the late 19th century period.

These architectural marvels are complemented by numerous parks or public spaces spread along the street’s length; making it a perfect spot for strolling or sightseeing – no matter what season you choose to visit.

It can be said that whichever activity people desire in Kyiv can be found within walking distance of this central street.

What Is the Historical Significance of Khreshchatyk Street?

Khreshchatyk Street has been an important cultural and political center for Kyiv, Ukraine since it was first built in the 19th century. It’s a symbolic emblem of both the city and Ukrainian nation, as well as one of its most recognizable landmarks.

Aside from its historical role in the past, Khreshchatyk Street is still home to some very significant sites today. In particular, the street feels like an open-air theater where people gather together to watch street performers or witness different performances.

To that end; various memorials have also been erected here throughout recent years commemorating fallen soldiers who sacrificed their lives during WWII.

What Are the Street’s Most Notable Buildings?

Khreshchatyk Street is home to a number of notable buildings worth exploring during your visit. The most iconic landmarks include the Kyiv City Hall and Maidan Nezalezhnosti (Independence Square).

Other noteworthy sites along and near this street consist of galleries, theatres and museums, such as the National Art Museum of Ukraine or Shevchenko Park’s ethnographic museum.

Khreshchatyk Street is often considered the main street of Kyiv and the life that’s found there reflects this.

During the day, shoppers frequent some of its high-end stores, dine in nice restaurants, and explore popular tourist destinations like Independence Square.

The streets teem with people from all over the world who have come to witness or experience Ukraine’s treasures.

At night it takes on a more lively atmosphere as bars and clubs stay open late into the evening drawing in partygoers.

If you are looking for a vibrant beat that is unique to Eastern Europe then there is no better place than Khreshchatyk Street at night.

What Is the Most Famous Thing about Khreshchatyk Street?

Albeit a subjective viewpoint, in my opinion, the most famous thing about Khreshchatyk Street is its connection to the Revolution of Dignity, or the beginning of Ukraine’s struggle for integration into Europe. 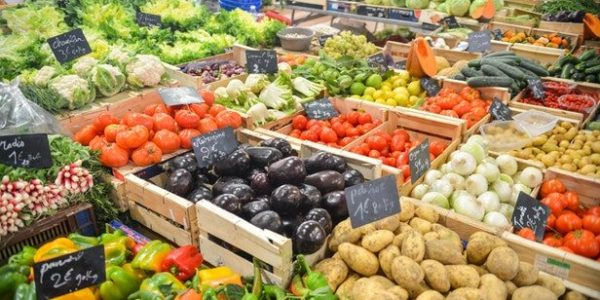